#MIAMI-based Cuban exile group Democracy Movement yesterday raised concerns that a key witness in the hearing to determine whether Bahamian marines abused detainees at the Carmichael Road Detention Centre might have changed his version of events because of alleged “intimidation” tactics by the Cuban government.

#Ramon Sanchez, leader of the group, further criticised the hearings saying the process is “plagued with irregularities, secrecy and doubts about transparency produced by the Cuban and Bahamian governments.”

#His words came in a statement following remarks from lawyer Wayne Munroe, who is representing the accused marines. Mr Munroe said that Yordan Cantero’s testimony on Tuesday before a Royal Bahamas Defence Force panel changed from his original statement.

#Mr Munroe said there were several inconsistencies that made Mr Cantero’s account different from another detainee and Immigration officials, which were recorded after the alleged incident.

#“The proceedings,” Mr Sanchez said, “being held against the Royal Defence Force guards accused of abusing Cuban and other migrant detainees in the Carmichael Road Detention Centre, have now been further tainted with what appears to be yet another abuse of power and disruption of justice, in this instance, practised by the Cuban government against witness Yordan Cantero and perhaps, suspiciously quietly tolerated as legitimate by some high ranking Bahamian authorities.”

#“Unfortunately, it now appears that our fears have materialised and that the witness has been intimidated enough to contradict his own original testimony in order to affect the outcome of the proceedings followed against the accused guards.

#“Yordan Cantero was removed from his home in Cuba a few days ago by the state police and kept isolated according to published reports in the (international) press. In an interview with the press Yordan Cantero’s father, Jose Berta, stated that his son was removed from the home and that he (the father Jose Berta) was only able to communicate with his son when his son called him.”

#Mr Sanchez expressed disappointment that Mr Cantero, despite being a key witness in the incident, was sent back to Cuba a short time after the alleged abuse occurred.

#“Yordan Cantero was quickly repatriated to Cuba without being properly interviewed by the investigating entities in the Bahamas. This happened after a suspicious meeting between Cuban officials and the minister of foreign affairs of the Bahamas.

#“Yordan Cantero arrived at the Bahamas on Sunday to testify closely accompanied by two Cuban state police agents and was taken back to Cuba immediately after he testified in the proceeding being held in a military base without public or press access.”

#Mr Cantero, Carlos Pupo and Alexander Vazcuez were allegedly beaten after they attempted to break out of the Detention Centre on May 20, 2013. Hearings into their allegations reconvened earlier this week. The proceedings initially began in November after a series of protests against the Bahamas and statements by the Democracy Movement.

#The proceedings were adjourned on Tuesday, according to Mr Munroe, to allow the Ministry of Foreign Affairs “reasonable time” to locate Mr Vazcuez whose testimony is the final piece of evidence needed to wrap up the prosecution’s case.

#However, Lorenzo J Palomares-Starbuck, attorney representing Mr Vazcuez told The Tribune by email that his client was residing in Miami and was willing to testify via Skype or through a deposition at the law offices of the Palomares-Starbuck and Associates in Florida. 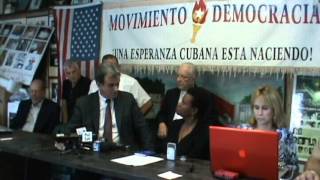 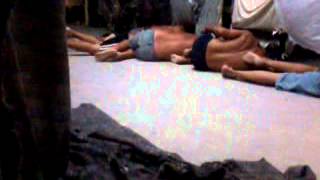 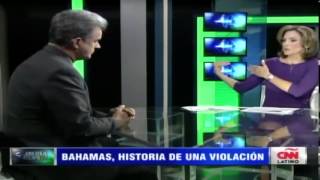 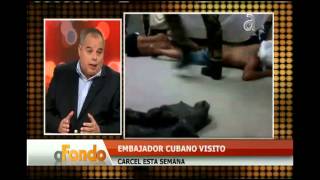